Khajuraho TO Jhansi ONE WAY CAB 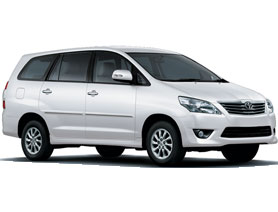 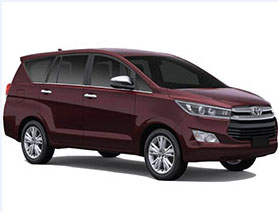 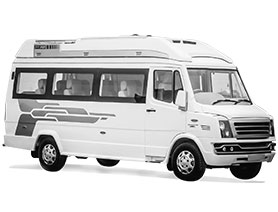 Your Search for One Way Taxi and gets over with Travelodesk one way cab service. We provide the most efficient drop taxi that gives every traveler a satisfaction of getting discounted rates on outstation cabs.

Taxi booking from is very easy on travelodesk cab booking travel portal. You can simply book it by choosing a cab from the list of cars and also by deciding your unexplored destinations in India for your next trip. We offer real time one way car availability according to the necessity & requirement of the travelers. Travelodesk provides most discounted & affordable one way taxi service offers to the passengers by connecting to one way cab suppliers in more than 200+ cities of India.

Plan your next travel with Travelodesk & know the real difference between a travel company & local travel agents. Caring of a guest is in our nature, we value your tour & make you happy by providing world class outstation travel services.

Time Taken to Travel from Khajuraho to Jhansi By Road
4 hours 27 mins..

India is popular for its most colourful culture and heritage across the world. Every part of the country has a story to tell and is rich in history.
One such place is the historic town of Khajuraho that is located in the state of Madhya Pradesh. The city is renowned for its stunning architecture in the form of temples and carvings.
And while we’re at history, another historically rich place to visit in India would be the city of Jhansi that is in located in theBundelkhand region of Uttar Pradesh.
The place is famous for its world-renowned queen, Manikarnika Tambe, also famously known as Rani Laxmi Bai, who gave her life in the war for independence against the British troops.

Khajuraho to Jhansi by cab

You could take a flight, train, or bus to Jhansi from Khajuraho. However, taking a taxi would be the best option as on the drive between both these cities, you will come across some beautiful places. The distance between Khajuraho and Jhansi is about 175 kilometres, which would take approximately 4 hours to cover by road.

The closest airport in Khajuraho is the Khajuraho Airport, while the closest railway station is Mahoba. You could get a taxi to Jhansi from either of these places. However, the kind of cab and driver you could get cannot be guaranteed.

Therefore, the best thing to do would be to get a taxi on hire in advance. Travelodesk is an online car rental service that makes sure its customers get both friendly drivers as well as a vehicle of their choice.

You can choose from a variety of chauffeur-driven SUVs like Toyota Innova, sedans like Maruti Suzuki Swift DZire, hatchbacks like Tata Indica Vista as well as tempo travellers.

While in Jhansi, you could visit the Fort of Jhansi, Rani Mahal, Jahangir Mahal, Sri Ram Raja Mandir, St. Jude’s Shrine and much more. So, get ready to capture the history of India by taking the most beautiful photographs!

BOOK ONE WAY CAB FOR PLACES TO VISIT NEAR Khajuraho